Double Plus: Pitcher Upgrades and a Trade for Jonathan Lucroy

For all practical purposes, the D-backs are set at catcher in the near term (a/k/a The Contention Window), thanks to the tremendous 2015 contributions of not-quite-full-time catcher Welington Castillo. The team may or may not add Jarrod Saltalamacchia — probably in a role where the proportion of his PAs to innings caught is higher than normal — and while 10-11 months is a little dicey, the team is in good shape to add Tuffy Gosewisch back into the mix. But for Castillo, the catcher position would be the dominant conversation of the offseason.

A big change at the catcher position can still make some sense, but it doesn’t make all sense. As it is, flaws or no flaws, Castillo fits The Window — and as one of the principal 2015 successes of both the front office and the coaching staff, he’s not going anywhere. That means no full-time-hitter-but-part-time-catcher, because short of carrying a third catcher, Castillo may need a handcuff who can start 25%-60% of the time but who will spend nearly all of the rest of the time on the bench. That’s part of why Salty may not be as good a fit in 2016 as he was in 2015; without Oscar Hernandez permanently stapled to the bench, Salty would be less likely to act as a frequent pinch hitter on off days.

I’m still betting on a strong run at Kenta Maeda if and when he is posted this offseason, but it looks like the D-backs have backed off a bit on going after an ace free agent pitcher. I’ll leave that topic for another date (and Jeff and I are furiously working on MLB research for our Offseason Plan), but what I do want to address is the rhetoric that’s taken its place: a search for some helpful second-tier types, with a focus on eating innings. As Jeff deftly pointed out last week, the addition of Mike Leake types can only get this particular team so far, thanks in part to good depth — but let’s just take that goal as a goal and engage with it for a second.

Borrowing some crowdsourced yearly salary numbers (medians) from FanGraphs, the free agents that fit that bill are guys like Marco Estrada ($12M), Ian Kennedy ($12M), and J.A. Happ ($11M). Mark Buehrle could go for $10M a year if he keeps pitching. $10M or so is a lot for a fairly marginal upgrade over the likes of Chase Anderson and Jeremy Hellickson (add Chase Field into the mix, and ERAs around 3.80 or 4.10 may end up a lot closer to Anderson’s 2015 ERA of 4.30). But what if more 3.80 ERA or 4.10 ERA guys are what you want?

There is another way to upgrade the entire staff pretty much simultaneously, and it’s revisiting that catcher situation. Right?

Taking the total number of “framing chances” for Baseball Prospectus’s catcher framing statistics and dividing by total half-innings caught, it looks like there were just about 3.5 “framing chances” per inning. The D-backs threw so many pitches, however, and worked so much in the strike zone frontier (down), that at the end of the season, Welington Castillo had more like 7.5 “framing chances” per inning. Act like those were the conditions for all of Chase Anderson’s season (they weren’t), and getting caught by Castillo could raise Anderson’s 2015 ERA by about .06 points, at least as compared to being caught by a league-average framer. Do you feel different about Anderson at a 4.24 ERA, rather than 4.30?

In terms of upgrading the pitching staff at once and trying to turn some #4-#5 types into #3-#4 types, that doesn’t have to be the question. Pretend that Anderson was caught by Francisco Cervelli all year instead of a league average catcher, and suddenly you’ve got a much bigger shift: in the neighborhood of .17 points of ERA. Going from Castillo to a theoretical Great Framing Catcher, then, could do something like this:

Disagree with the projections if you like; I’m just trying to help us wrap our heads around what a change in catcher this extreme could do for the pitching staff. Say they were all 30 points too low: then random chance could give us two or three starters with ERAs of 4.50 or higher with Castillo, but in those same conditions, we’d be back to #4 starter range with an Awesome Framer.

My point is this: upgrading the framing skills you use behind the plate could potentially do exactly what the D-backs are tentatively planning to do through pitcher transactions. Maybe close, anyway.

With framing skills now valued highly by more than a few teams, it’s hard to luck into a Cervelli behind the dish. You’d have to pay near-sticker price right now, maybe. And paying any kind of significant price for a catcher (talent or dollars) could be a more bitter pill if it came with a step back on offense (see below for a graph of catchers with 350 PA in 2015 and their weighted Runs Created prorated to 500 PA).

What if Jonathan Lucroy could be that guy?

As mentioned last month, MIL has the likes of Jonathan Lucroy and Francisco Rodriguez available for trade talks, as they look to get younger

Lucroy looked diminished in an injury-marred season last year, sputtering to merely “above average” marks on hitting (Castillo-esque) and framing (still an upgrade on Gosewisch). Not too long ago, though, Lucroy looked like he might be the best framer in the business, posting Framing Runs totals in 2010 through 2013 that would have ranked him first or second in baseball this last year. His 2014? Third.

If the Brewers are apparently poised to listen right now, the risk is higher on 2016 Lucroy than it would have been on 2014 Lucroy, but the price may also be correspondingly easier to stomach. Considering the D-backs front office’s often strong and often specific takes on the minor league players it inherited, and considering Ray Montgomery has a voice in Milwaukee, could a package of players acquired on Montgomery’s watch be enough to swing a Lucroy trade?

Lucroy can be controlled through 2017 for a grand total of $9.5M, which when all is said and done may be similar to what Castillo might receive through the arbitration process. He’s cheap, he’s been a force offensively, he’s been magnificent defensively. More than being a good player, he could theoretically solve a current D-backs problem — having 4 or 5 “good enough” starters instead of 2 or 3 — without doing more violence to the roster and without the risk of overpaying some free agents or paying multiple transaction costs in trade.

Would a package of Braden Shipley, Aaron Blair, Cody Reed, Isan Diaz, and another Montgomery draftee like Daniel Palka get a Lucroy trade done? If so, would you do it? If not, where would you draw the line? 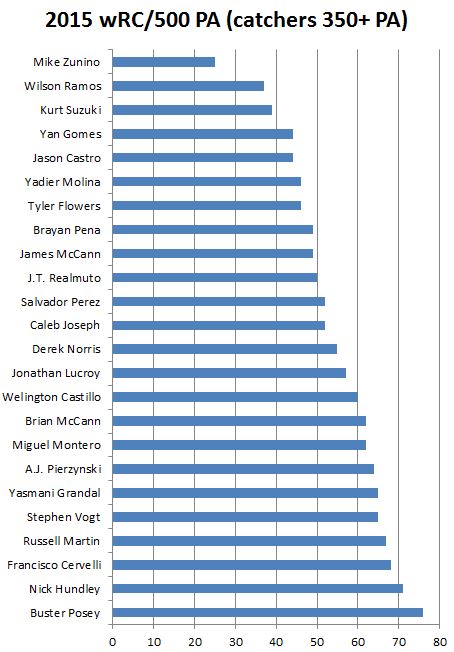 22 Responses to Double Plus: Pitcher Upgrades and a Trade for Jonathan Lucroy