Double Plus: A Way Too Early PITCHf/x “Analysis”

As Jeff noted last week, seems like Robbie Ray is a favorite around here. As it happens, he also pitched yesterday — the first game in 2016 for which Gameday has PITCHf/x information for the D-backs. As it happens, the data it spit out looks completely impossible. It’s Double Plus — feel like looking at it with me anyway? Sure you do.

With just two innings of work, there’s not much to work with in terms of revisiting what Jeff was looking into last week, although for what it’s worth, there were signs in both directions. Ray put away Carlos Gonzalez on a swinging strikeout on the fourth pitch after starting 0-2, got Tom Murphy on another whiff (changeup) after getting to 1-2 on two foul balls. But he also went 7 pitches with Nolan Arenado after starting 1-2, and 7 with Matt Reynolds after starting 0-2, and finally got a third swinging strike on Brandon Barnes on the seventh pick after starting 0-2.

Ray got his three whiffs three ways: fastball, change, slider (or, slurge). But he was in midseason form as far as velocity; last year 37.5% of his fastballs were 94 mph or faster (as picked up by PITCHf/x directly, 50 feet in front of the plate), and yesterday, 18 of 26 were picked up as that fast (69.2%). It also looks like he hung just one of the four sliders, getting fouled off by Reynolds. But those velo readings may not be trustworthy if the movement ones aren’t, and, well… here’s what the average movement was for Ray in each of his starts last year in September and October (click to make bigger): 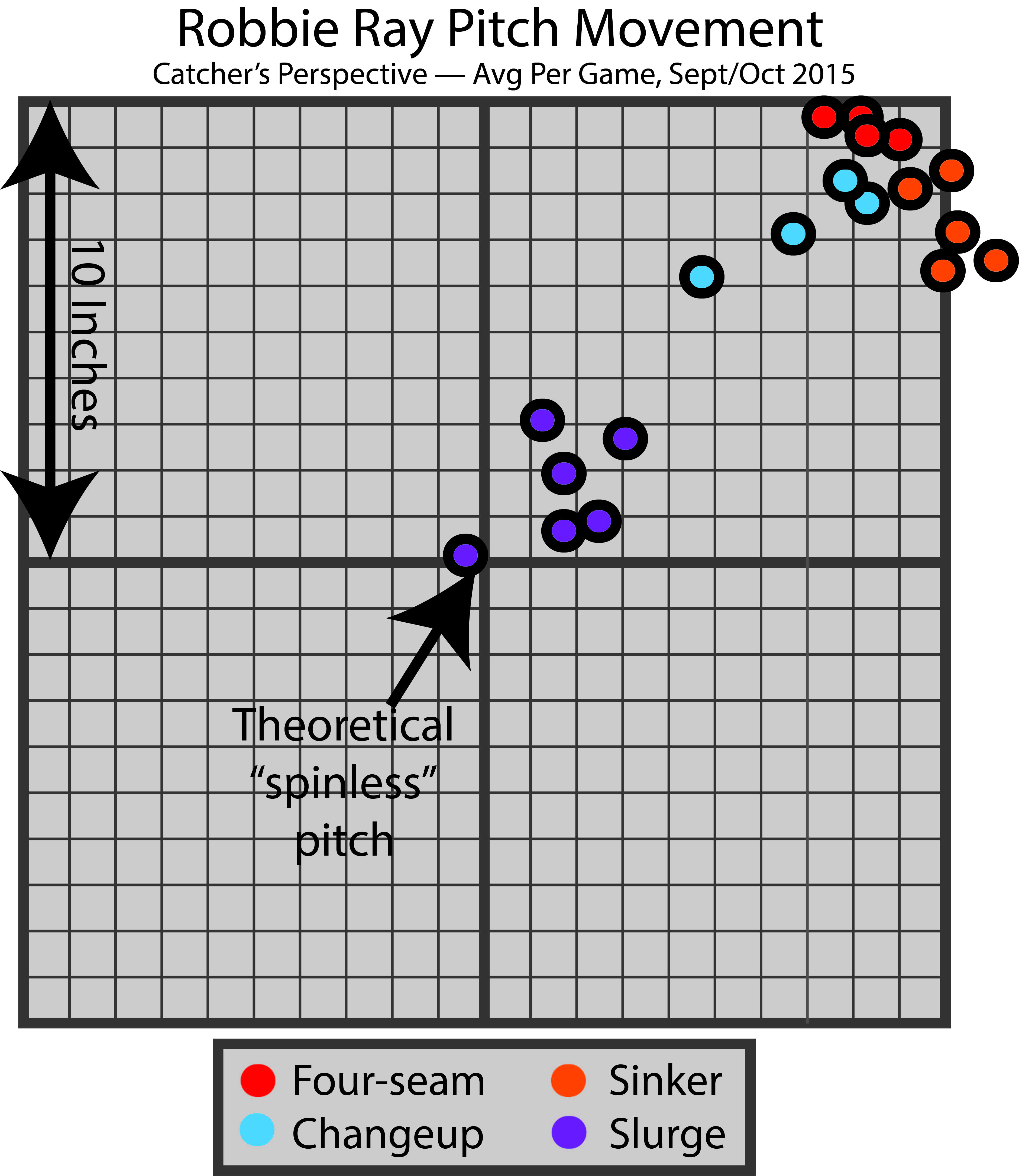 Those numbers and classifications are from Brooks Baseball (ok, the purple pitch is not actually named a slurge there), and in the PITCHf/x data available last night, all of Ray’s fastballs came across as fourseam fastballs. Ordinarily, we could draw some conclusions based on movement, but: 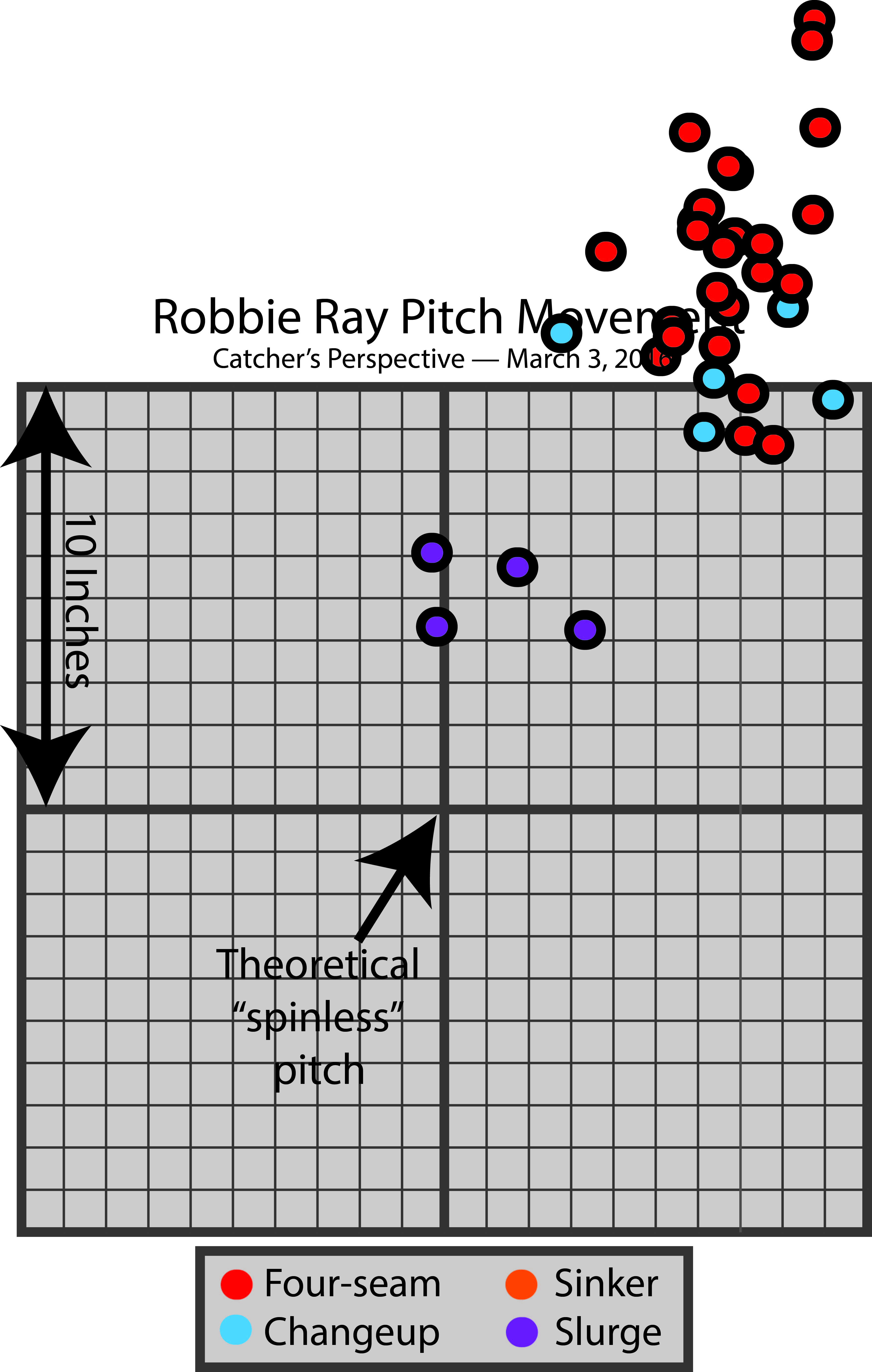 There’s not much to learn from this, although if you thought of these pitches as all being 4 or 5 inches too high, maybe they start to make sense. One thing, maybe, is that Ray could be moving away from sinkers — there just weren’t as many fastballs with 10+ horizontal inches of movement (because there weren’t any yesterday). Still…

I’m going to go ahead and say Ray probably didn’t throw any heaters with a foot and a half of vertical movement yesterday. But the hitters told us he was pretty good, right? And at least we have real games and real things happening.

One Response to Double Plus: A Way Too Early PITCHf/x “Analysis”