Shelby Miller: Top of the Rotation Starter Whether the D-backs Need a Bullpen Upgrade, and A Few Unconventional Options

The Pool Shot: Shelby Miller Trade, Future of the Franchise

Whether a trade is “good” or “bad” may not usually have to do with how “big” it is. When we’ve done offseason report cards in the past, we’ve taken care to try to evaluate impact separately from quality, and for good reason: the smallest decisions can still be approached with care. The questions in the wake of the Shelby Miller trade have tended to be the opposite: whether it was executed with less care just because of its size.

There was little doubt before offseason that the D-backs were highly focused on 2016-2017, as we preambled in the Offseason Plan:

The Contention Window is upon us. Over the past fourteen months, the team has gambled again and again on contention in 2016 and 2017, going all in on college players in the 2015 draft…mortgaging the very distant future in signing Yoan Lopez this spring and the less distant future in trading Touki Toussaint to free up cash this last summer…now is not the time for modest moves; the ante for getting to this point was high.

What was less obvious was how much the team was willing to invest in the Contention Window in terms of dollars and young talent, and whether 2018 was thought to be part of that window. The Zack Greinke signing confirmed that the D-backs were absolutely all-in on competing, and willing to put in a shocking financial commitment in that effort. The D-backs are skydiving, and while we knew they were up in the plane with the intention of jumping, the ink on the Greinke contract was that moment when they actually conquered their fear of heights and stepped out the door.

Maybe that’s why the anxiety seemed so high this week when the D-backs traded three important players for Shelby Miller, coming dangerously close to the ground before opening their parachute. The trade for Miller or something like that move, however, was as inevitable as something like the Greinke signing — except more so. You can refuse to step out of the door of the plane, but once you do, you can’t hover in midair or open your ‘chute too early. As Jeff wrote in breaking it down, the Miller trade is what going all in looks like:

When you give Zack Greinke $206 million dollars, this is a move you need to make. Period. Are the Diamondbacks taking the short side of the deal? Probably. But does this help their chances in playing October baseball each of the next few seasons? Without a doubt. They could not go into 2016 incomplete. They’ve set their course and they needed to stick to it.

First up in the episode, we talk through their initial reactions to the trade, but consider one criticism of it in particular:

That’s really the problem that we had with the Touki Toussaint sale, as we discussed with Mauricio Rubio of Baseball Prospectus on Episode 32 last summer. To what extent does being sold on the all-in strategy not determine whether you like a move or not? For us, the Toussaint sale seemed counterproductive; the goal it was meant to accomplish could have been accomplished better with the same asset. 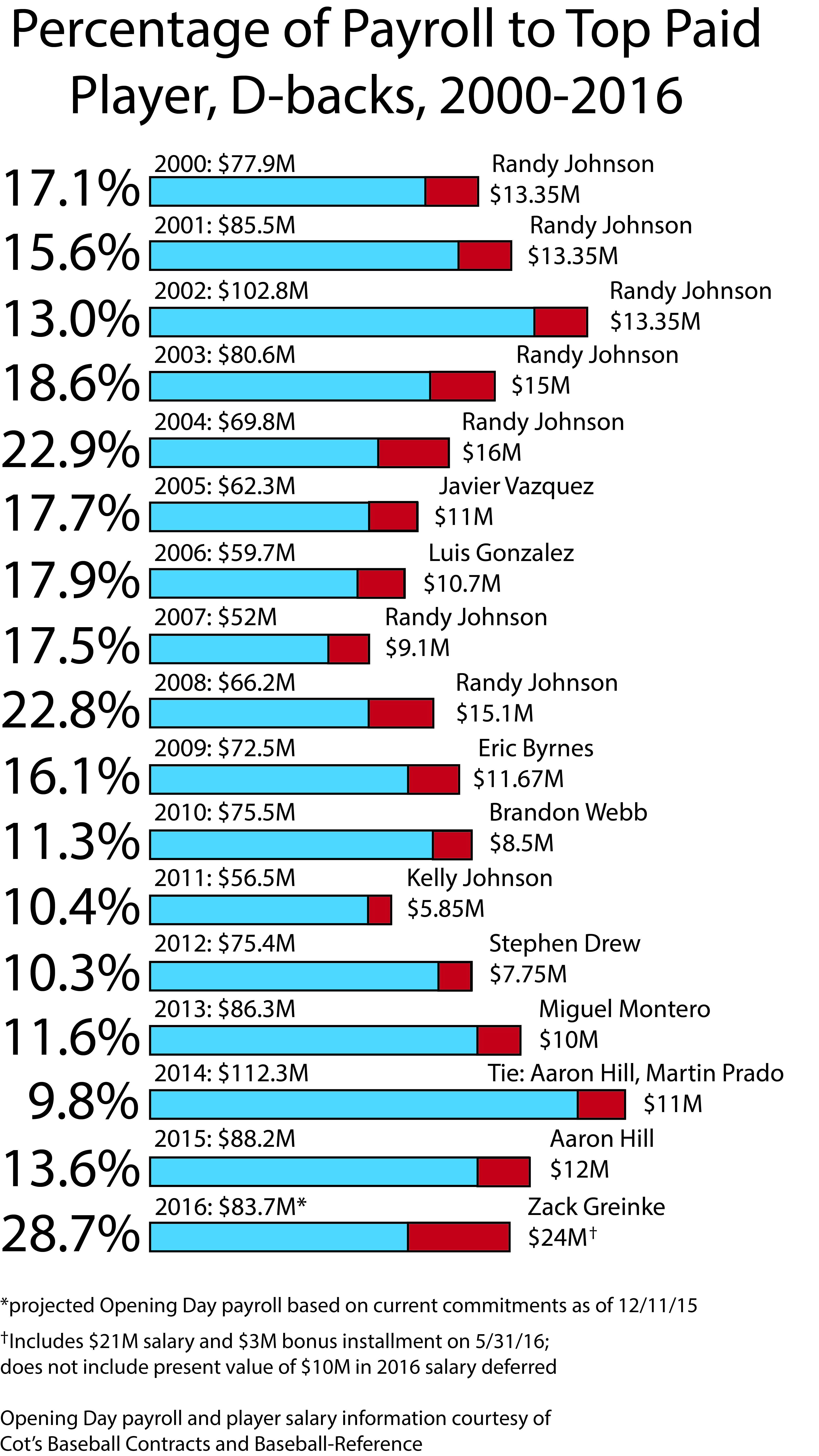 This is where we’d insist you listen to the podcast to figure out our response to whether the Miller trade does indeed make the 2016 club better or not, but (spoiler alert), we think it does — for a few reasons. The discussion of the trade turned to understanding the price paid by the D-backs for that benefit, reading tea leaves on Ender Inciarte and Aaron Blair and suggesting what the process may have been like in trading Dansby Swanson.

Ultimately, though, the discussion turned to the future. As noted above, whether the D-backs would commit to the all-in plan financially was the Rubicon crossed with the Greinke signing. But what about the price they were willing to pay in talent? To what extent did they actually mortgage the future? We talk through an explanation for why they actually didn’t mortgage the future, potentially. In so doing, we returned to our site editorial on the hiring of Tony La Russa, particularly these lines:

We believe that under La Russa’s leadership, the team may be in a better position to compete in the long term – even if the hiring of La Russa may not have been intentioned as a long term solution.

Were we right or were we wrong?

Finally on the episode, we turn to a discussion we punted in the previous episode on relief pitching targets and a few particularly interesting relievers who are still available (and in two cases, not rumored to be available, either). The D-backs aren’t necessarily done, folks. We may have a little more freefall before the parachute actually opens.

Remember if you have something you think would be interesting and/or that we might enjoy working through on the podcast, shoot a tweet @thepoolshot, an account at which our intern also occasionally posts really stupid and really low-quality photoshopped… pictures? Not sure what to call those, but he posts them because he has access to the account to post the podcast episode tweets, and he thinks that’s funny or something.

Lean into this, folks. And keep your arms and legs inside the vehicle at all times, because it’s going to be a bumpy — but thrilling — ride toward the postseason.

8 Responses to The Pool Shot: Shelby Miller Trade, Future of the Franchise